I am an amateur photographer (and retired computer systems engineer and business analyst) living in the UK. I travel the world, meet interesting people, and shoot them. I shoot anything else that moves. I also shoot things that don't move. And if I'm not sure whether or not it moves, I shoot it anyway. Eur Ing Barry Pearson BSc(Hons) CITP CEng FBCS LRPS 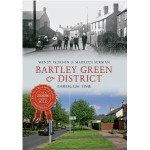 1. The bizarre voting system of the Church of England has confirmed: 26 seats in the House of Lords are to remain reserved for men! This is in a (supposedly) modern democracy. You couldn’t make it up! 2. The Pope has published a book confirming that Catholics must believe in the Trinity and the virgin birth and the resurrection. This is something Christianity did make up! I love these ongoing demonstrations of the stupidity of Christianity and the need for secularism. 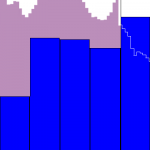 Reminder 1: there was no “1945-65 baby boom”! This article is primarily about the big baby boom from about 1955 to about 1974, and a smaller one from about 1978 to 1992. Reminder 2: blame must not be attached to an “accident of birth”, and belonging to a baby boom is such an accident. And there is no implication that the people of any baby boom did anything wrong that helped cause the housing crisis. Summary Although the birth rate of the post-war generation hasn’t unduly influenced governments to favour this generation, it surely had an impact on the housing . . . . . . . . . . [Read complete post]

This is weeks-old news, but I have written about it elsewhere so I’m posting most of what I wrote here too. Lord Bichard said: “We are now prepared to say to people who are not looking for work, if you don’t look for work you don’t get benefits, so if you are old and you are not contributing in some way or another maybe there is some penalty attached to that.” Obviously there were responses from groups representing older people. For example, Dot Gibson, general secretary of the National Pensioners Convention, said: “This amounts to little more than national service . . . . . . . . . . [Read complete post] 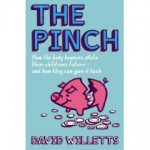 Yesterday I refuted the idea that the post-war generation has excessive political influence. As an introduction to that article, I quoted the description of David Willetts’ book “The Pinch: how the baby boomers took their children’s future – and why they should give it back“: “The baby boom of 1945-65 produced the biggest, richest generation that Britain has ever known. Today, at the peak of their power and wealth, baby boomers now run our country; by virtue of their sheer demographic power, they have fashioned the world around them in a way that meets all of their housing, healthcare and financial . . . . . . . . . . [Read complete post] 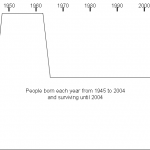 There is a story that after World War 2 there was a significantly higher birth rate for perhaps 20 years (called “the baby boom”) that resulted in a generation or cohort of people who by sheer voting power and demographic political influence ensured that governments made policies and legislation that favoured this generation at the expense of others. A typical summary of this is seen at the description of David Willetts’ book “The Pinch: how the baby boomers took their children’s future – and why they should give it back“: “The baby boom of 1945-65 produced the biggest, richest generation that . . . . . . . . . . [Read complete post]