It wasn’t until I read the following editorial in the Independent that I thought much about the PCC election tomorrow: Editorial: Police commissioners are worth voting for Here are my options for the Greater Manchester police force area. Should the candidate be independent of any political party? If so, why? One candidate thinks so: Roy Warren, Independent But the argument for a PCC who is independent of a political party is not made by this candidate. He clearly believes it, but didn’t explain what’s in it for me. Perhaps he is right, but if so the only way to find . . . . . . . . . . [Read complete post]

In order to demonstrate how little I understand national and international economical affairs, here is my view of a multi-stage approach to solving Greece’s problems in the Eurozone! Rather than lead up to it with waffle, here is the summary: 1. Help Greece exit from the Eurozone under control, but stay in the EU. 2. Implement something like a Marshall Plan to help Greece become more viable. 3. Allow Greece back in to the Eurozone when it has properly met the criteria. It is pretty obvious that one of the most serious problems for Greece at the moment is that . . . . . . . . . . [Read complete post]

Two UK TV programmes this week have presented problems with the new approach to sickness and disability benefits. (Channel 4 “Britain on the Sick” and BBC2 “Panorama: Disabled or Faking it?”) Both programmes used anecdotes and under-cover investigation to make their points that there are flaws with the new system. And there do appear to be flaws. But are these flaws of philosophy/policy or flaws of implementation? I think they are primarily flaws of motivation and implementation, not of philosophy. First, some statistics presented as criticism by Channel 4 about the assessments performed by Atos, the private-sector contractor used for . . . . . . . . . . [Read complete post]

As usual when people pursue a single issue, logic fails and the plot gets lost. That is the case with what David Gauke, a Treasury minister said, and/or with the discussion that followed it: David Gauke: we shouldn’t ignore hidden economy Paying tradesmen cash in hand morally wrong, says minister Money Morals: Is it really morally wrong to pay my cleaner in cash? How ‘morally wrong’ is it to pay cash-in-hand? “David Gauke, a Treasury minister, told The Daily Telegraph that home owners who allow workmen to evade VAT or income tax were forcing others to pay more”. To show . . . . . . . . . . [Read complete post]

The Greek economy is a tiny fraction (2%?) of that of the eurozone. The economy of the eurozone is a fraction of the global economy. The population of Greece is about 11 million, a small faction of 1% of the population of the world. Yet a democratic election in Greece is feared in financial circles across the world! The global impact of Greece exiting from the euro would be many times the size of the Greek economy. Politicians and economists want Greeks to take the rest of the world into account when they vote. But that is really a contradiction . . . . . . . . . . [Read complete post] 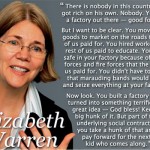 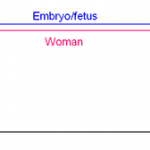 Abortion is in the news in the UK. See: Nadine Dorries’ abortion proposals – Fact and Fiction I am among the least qualified to comment on abortion. I am a childfree man who is not likely to be remotely involved in such a process in the foreseeable future. But my detachment may be useful for introducing some analysis to this topic. (I don’t claim originality for most of the ideas here, but it would hard to cite all the influences). Trying to treat an inherently emotional subject unemotionally leaves out a lot that is important. I expect there is something . . . . . . . . . . [Read complete post]