I’ve just read a super article by Valerie Tarico about the challenges that the Internet (and especially the Web) poses for religion: Religion may not survive the Internet. It reminded me of an article (that Valerie Tarico won’t have seen or known about) that I wrote on my website some time ago: Religions in future. One of my themes was similar. Global communication undermines a number of the methods that religions rely on to sustain the ignorance and delusions of their existing and (more importantly) their future followers. Here are some quotes from my article (there is a lot more . . . . . . . . . . [Read complete post]

These are comments on quoted extracts from: The Telegraph: Muslims protest ‘age of mockery’ as thousands descend on Google HQ A protest by 10,000 Muslims outside the offices of Google in London today is just the first in an orchestrated attempt to force the company to remove an anti-Islamic film from website YouTube in Britain. Organiser Masoud Alam said: “Our next protest will be at the offices of Google and YouTube across the world. We are looking to ban this film.” They are not trying to “ban this film”. It already exists, and has probably been copied many times. They . . . . . . . . . . [Read complete post]

My reaction to the shooting by the Taliban of Malala Yousafza, the 14 year old “education for girls” activist in Pakistan, was “what the fuck?” This wasn’t a child casually caught in the cross-fire. This was a targeted assassination attempt because of what she represented and what she was trying to achieve. Enlightened people don’t need to be told that “education for girls” is high priority globally in the 21st Century. (Along with its partner, “equality for women”). But it is worth expanding on this to show why it is “high priority” as well as simply “right”. The argument from morality . . . . . . . . . . [Read complete post]

I have said a number of times: “Islam, identified by the Koran and Hadith, is incompatible with Universal Human Rights and incompatible with the 21st Century” It is worth showing more evidence for this claim. Islam and Universal Human Rights – freedom of expression I’ll use quotes from a recent (5th October) article from a Pakistan newspaper: “Leaders of religious parties at an All Parties Conference (APC) have demanded of the rulers of the Muslim countries to move a resolution in the United Nations (UN) for an international legislation against the blasphemers…. “A communiqué issued on the occasion … demanded . . . . . . . . . . [Read complete post] 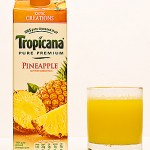 People who feel “upset and distress” about something like this really need to take personal control of their emotional state! University atheist society ordered out of freshers’ fair for displaying ‘blasphemous’ pineapple called Mohammed Reading University Atheist, Humanist and Secularist Society There are about 7 billion people in the world. 1000s of gods are worshipped. 1000s of religions are practised. 1000s of contradictory ideologies are espoused. In a world of global communications, it is probably impossible to say or show anything significant that someone somewhere won’t get upset about. It is obviously impossible to prevent those words and images being . . . . . . . . . . [Read complete post]

There is a lot of publicity about the Muslim women who are competing for the last remaining countries to have women in their teams. Much of the publicity is positive, of course. But there are also views that those countries are behaving unacceptably by making it so hard for those women, and it would have been better to ban the countries, or at least not accept the restrictions imposed on those women. The bravest women at the Games: Muslim athletes who battled to get to London – and for whom the taking part really does mean more than the winning . . . . . . . . . . [Read complete post]

I’m just making a point of logic here, using the following case. (The details don’t matter). Muslim leader loses Sharia law fight over divorce settlement You can’t use sharia law in divorce deal: Muslim hospital consultant told to pay ex-wife maintenance despite claims he owes her nothing under Islamic rules Dr Al-Saffar said after the case: …. ‘Family law in this country is biased against Muslim people.’ No! In this case, UK Family Law was in favour of equality for Muslim women. It is often a case that equality laws are biased against specific religious positions, and so can be . . . . . . . . . . [Read complete post]

Here is a nasty article by Owen Jones in the Independent: Owen Jones: Islamophobia – for Muslims, read Jews. And be shocked “Islamophobia – for Muslims, read Jews…. Imagine our alarm if nearly half the UK population said they believed that ‘there are too many Jews’”. What is nasty about this argument is that it (probably deliberately) conflates “race” and “religion”. And then it uses the race-related experiences of Jews to try to defend the indefensible use of the charge of Islamophobia. Let’s remind ourselves of some reasons why racism is wrong: A person’s race, if determined by ancestry and/or . . . . . . . . . . [Read complete post]