Yet again, “Koran burning” is in the news: BBC: Nato apologises for Afghan Koran ‘burning’ Telegraph: Afghanistan erupts over Koran ‘burning’ There is confusion about whether it is always wrong to burn the Koran, (it isn’t), and if not what the principles are. First, let’s get back to basics. According to Islam, the Koran (or Qur’an) is text from Allah in ( now medieval) Arabic, originally read to Muhammad by the Angel Gabriel. When written in book-form, it is properly called a Mushaf, (there are various spellings), although many Muslims and non-Muslims also call the book-form the Koran. (See The . . . . . . . . . . [Read complete post]

If there really are people whose mission is to see religion eliminated across the world, I am not one of them. My vision is much more limited. I want everyone to realise that religions are hobbies and to treat them as such. If this is achieved, most of the conflict caused by the existence of religions will disappear, and atheists and followers of all religions should be able to coexist reasonably peacefully. After all, other hobbies can coexist reasonably peacefully (unless they have double-booked the meeting room!) By any plausible definition of “hobby”, religions (more specifically “religious practices”) really are . . . . . . . . . . [Read complete post]

I’m posting this as the basis for further analysis in later posts. The UK media has lots of articles about good and bad behaviour in the name of various religions. This is especially true for Islam. In August 2008 I started to publish examples of what I thought the non-Muslim population of the UK wanted to see in the case of Islam, plus examples of what we typically don’t want to see. The latter dominated. When there were too many “bad behaviour” articles to fit conveniently onto the main page, I moved most of them to an overflow page: Main . . . . . . . . . . [Read complete post]

This is also in praise of cartoons about other religions! But a cartoon about Muhammad has been in the news recently: Pharyngula: This is getting ridiculous Butterflies and Wheels: More from the bully boyz BBC: Muhammad cartoon row leads to resignation NSS: Students defend freedom of expression at University College London Here is the cartoon. (I’ll show it to emphasise how silly it is to try to censor something like this!) What is all the fuss about? Some might think that the fuss is because it suggests that Muhammad drinks alcohol in a pub alongside Jesus. But no-one on the . . . . . . . . . . [Read complete post]

In “My articles about Islam” I said: “Neither the Koran nor the Haddith mandate Female Genital Mutilation, nor the wearing of the Burqa, the Niqab, or even the Hijab. But in a religious environment where women had equality (if such exists), would these practices still exist? Islam is not excused.” I’m still reasonably sure that FGM (Female Genital Mutilation) is not mandated, but some Islamic scholars state that FGM is desirable. (I’m using the internationally recognised term, rather than the misleading euphemism “Female Circumcision”). This is from “Islam Question and Answer“: Medical benefits of female circumcision Circumcision: how it is . . . . . . . . . . [Read complete post]

In “Attacking Islamism and even Islam is not anti-Muslim“, Maryam Namazie makes the important point that there is a difference between criticising Islam and criticising individual Muslims. They must not be confused or conflated. I have made this point a number of times, for example in: My articles about Islam Should modern Muslims re-brand Islam? Is “Islamophobia” a rational concept? Is it “the new racism”? But just after 1 minute into the video, (also on YouTube), she says (approximately): … when a terrorist attack happens Muslims are told they should say they don’t agree. Why should they? Do all doctors say . . . . . . . . . . [Read complete post] 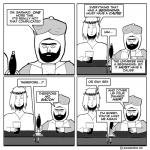 This is prompted by Julian Baggini’s article “‘You just don’t understand my religion’ is not good enough” in the Guardian. That article was about typical objections that religious people have towards criticisms of their religion, and also their typical leaps of illogic. Whether or not their intention is to obscure their god to protect their concept of him from scrutiny, arguing with obscure statements about a god is pretty futile. The goal-posts will keep shifting. Their god may start as “whatever was needed to cause the universe to exist”, and end up (without any logic whatsoever) as the God who . . . . . . . . . . [Read complete post] 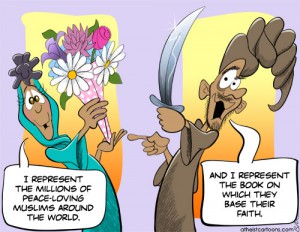 A blog in The Independent (Why we have to get over our fear of Islamophobia) provides an opportunity to say some things about Islamophobia. The quotes are from the blog; I’ll just respond to just a few extracts: “Islam” or “Muslims”? ‘Islamophobia is the new racism’ is now a seeming truism, or so Baroness Warsi and many others would have us believe. She claims that Islamophobia has ‘passed the dinner table test’ and that anti-Muslim prejudice is now normal and uncontroversial in respectable society. Warsi’s views are echoed by many British Muslims, who claim to experience such prejudice daily. It . . . . . . . . . . [Read complete post] 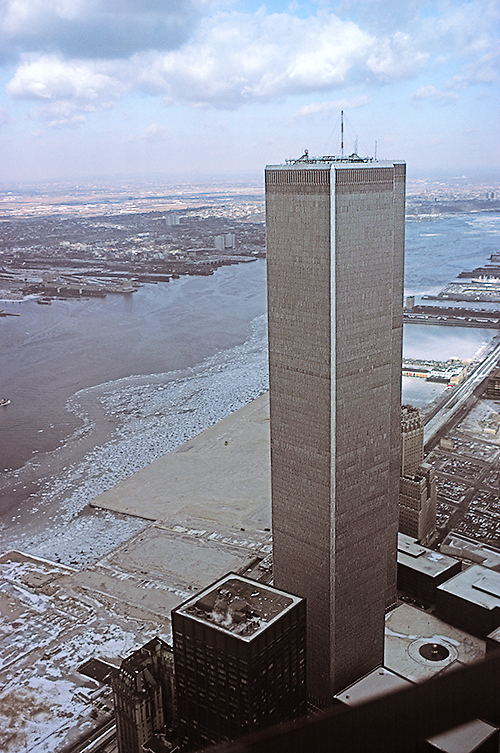 A cold day in February 1977. A helicopter trip around Manhattan.

This is a brief comparison of the lives of Jesus and Mohammad seen through the eyes of an atheist who believes gods and angels don’t exist. In summary, Mohammad was a much more interesting and influential person than Jesus during their respective lifetimes. Jesus was a relatively obscure apocalyptic Jewish preacher who was killed in a nasty way for silly reasons. Mohammad was a leader who transformed politics and society in Arabia, overall (but not entirely) for the better in 7th Century terms. Neither of them addressed the 21st Century. I’m expressing my opinion, not attempting to teach people things . . . . . . . . . . [Read complete post]